42 new investment projects were launched in Lithuania in 2010, bringing by almost 42 % more capital to the market, in comparison with the year 2009, FDImarkets.com online data base reported.  The database owned by The Financial Times tracked 35 FDI projects in Lithuania in 2009, by 20 % less than in 2010.

« It is expected that FDI projects launched in 2010 will bring EUR 1.15 billion investment, and more than 3,300 new jobs will be created on the market in the next 3 years. Undoubtedly, this is a record achievement for Lithuania since 2003 », says Mantas Nocius, Managing Director of Invest Lithuania.

The Lithuanian one-stop-shop service provider for foreign investors Invest Lithuania attarcted 11 FDI projects to Lithuania in 2010. It is expected that a total of EUR 29.2 million will be invested and 1250 new jobs will be created on the market.

The online database tracking crossborder greenfield investment covering all sectors and countries worldwide FDImarkets.com counts 358 FDI projects of a total value of EUR 8 billion and 48325 new jobs in 2003-2010 in Lithuania.

Lithuania has been listed as one of the top 10 ethical travel destinations in the world for the second time running by Ethical Traveler, a nonprofit organization, founded to « empower travelers to change the world. »

« Travel is one of the biggest industries on Earth, and our economic power as travelers is enormous. When we’re mindful of where our money is going, we turn that power into political activism. Deciding which countries to visit-and where to eat, sleep and tour when we get there-are not trivial concerns. The way we travel has a real impact on the environment, human rights, and the way our home countries are perceived by people in other lands. » – Ethical Traveler says in its report at http://www.ethicaltraveller.org/.

« These developing destinations may not always be as glamorous as Paris, or as modern as Singapore. But they’re rich in natural wonders, and alive with fascinating culture. They’re also committed to conserving their natural treasures, while building economies that sustain and empower local communities. Our visits to these countries acknowledge these efforts, and inspire neighboring nations to embrace similar values. »

For more on The Developing World’s 10 Best Ethical Destinations of 2010/2011 follow http://www.ethicaltraveller.org/.

Already in 2008, compared to 2005, Lithuania had 90.6 % of the population having completed secondary or higher education and stood 2nd in the EU, outpacing Estonia, Norway and Slovakia.

91.7 % of Lithuanian women aged 25 to 64 have secondary or higher education, which is the highest figure in the whole EU. There are 10.5 % more women with higher education than men in Lithuania.

Out of 241 thousand of Lithuanian graduates in 2000-2009, 168 thousand got their degrees in universities and 73 thousand in colleges. The number of higher education graduates increased almost 50 % or 180 thousand during the last decade, and Lithuania continues to be a pool of well educated professionals for local and international businesses.

The 15th Progress Report on the Single European Electronic Communications Market – 2009 prepared by the European Commission places Lithuania among EU’s leading countries in terms of the development of broadband infrastructure, mobile communications as well as digital television.

Lithuania is ranked 3rd leading among EU-27 in the development of fibre and wireless broadband connections, outpacing Denmark, Norway, Sweden, the Netherlands, Luxembourg and Germany. In 2009 up to 64% of broadband lines in Lithuania were provided using a non-DSL technology in January 2010, largely above the EU average of 21%. And with the completion of the publicly funded rural fibre network project (called RAIN), access to broadband will be available to 98% of the Lithuanian population.

Digital terrestrial television (DTTV) network covers 92% of the territory of Lithuania, and it is in service for 95% of the population. In terms of the development of the DTTV network, Lithuania stands in one line with France, the UK and Slovakia.

In March, Vilnius International Airport (VIA) served 112,784 passengers, which is a 24% increase compared to the same period last year. In Q1 of 2010, passenger flow at the airport increased 10% (285,980) compared to Q1 of 2009, and the growth of the number of passengers is becoming even more rapid. Compared to Q1 of 2009, the number of flights and the quantity of cargo processed at the airport in Q1 of 2010 also increased rapidly – 20% and 25% respectively.   « The market is undergoing a revival and this influences the results achieved by the airport. In early 2010, flights to Milan, Berlin, Munich, Paris, Amsterdam, and Rome were introduced and the number of flights to Copenhagen increased. Following the introduction of the summer timetable, the list of destinations will be supplemented with new destinations such as Hamburg, Edinburgh, Iraklion, Ibiza, and Palermo and the number of flights to Dublin, Tallinn, Paris, Berlin, and Warsaw will increase », Mr. Tomas Vaišvila, General Manager of Vilnius International Airport, said.

In Q1, the most popular destinations from Vilnius were Copenhagen, Riga, Prague, London, Dublin, Frankfurt, Helsinki, Warsaw, Moscow, and Vienna. According to Mr. Vaišvila, a new wave of flights is expected in May: the number of flights to Kiev, Copenhagen, Oslo, and Dublin will go up, and flights to St Girona will be resumed.  Vilnius International Airport plans to serve 2 million passengers this year. http://www.vilnius-airport.lt/

IBM Intends to Invest in Lithuania

Last week at IBM‘s headquarters in New York, the Lithuanian Government and one of the world leaders in inventing new technologies IBM signed a letter of intent that they would create a joint research centre in Lithuania. »The joint research centre with a global high-tech giant undoubtedly marks a huge achievement for Lithuania. We are turning into a country creating innovations for the entire world, » Prime Minister Andrius Kubilius said in a press release.Minister of Economy Dainius Kreivys said the letter of intent is in line with the country`s strategy to become the Northern Europe Centre of Innovation. « It is a concrete step towards our ambition to become a regional innovations centre in 2020”, Kreivys said.The IBM research centre will work in the fields of nanotechnology and life sciences, healthcare innovation and intellectual property for innovative management. Last year, IBM scientists registered 4,914 patents for their technologies.

For the first time Lithuania and Vilnius will be hosting the Baltic Development Forum (BDF) Summit, organized by an independent non-profit networking organisation Baltic Development Forum in cooperation with the Government of the Republic of Lithuania.  The annual BDF Summit, which will take place in Vilnius on 1-2 June 2010, will gather decision-makers, business, academia and media from the Baltic Sea Region and beyond, and will be organized back-to-back with the Prime Ministers’ Summit that will mark the end of the Lithuanian Presidency of the Council of the Baltic Sea States. Beyond doubts, these two events will transform Vilnius, the European Capital of Culture’2009, into the “Baltic Sea Region Capital’2010”.  The highly relevant agenda of the Summit will highlight questions related to sustainable economic growth, competitiveness, jobs creation and financial recovery. Energy and climate change, economic relations with the Eastern neighbors and Northern Dimension will be the part of the Summit programme that will also include the most pressing issues that are on the agenda of the business, including innovation, research and development and transport.The Summit’s exhibition and networking village will be an improved venue for cross-country, cross-sector and cross-level encounters, discussions and debates. Summit participants will be invited to join parallel sessions, interviews, discussions, company briefings, book presentations and other activities in Networking Village, which will be open during the both days of the Summit.  The Lithuanian Government and the Municipality of Vilnius are looking forward to welcoming participants with traditional Lithuanian hospitality and to ensure highest organizational standards. The Baltic Development Forum Summit will be held in the premises of the Lithuanian Exhibition and Convention Centre LITEXPO, having a good record of hosting large international conferences and meetings.    Visit http://www.bdforum.org/

Department of Statistics The Lithuanian Department of Statistics has informed that in January-February 2010 Lithuanian airports saw a 10.7 % rise in passenger traffic, and the Klaipėda Seaport handled by 12.2 % more marine cargo, comparing with the corresponding period of 2009. During the last two months air passengers flew to or from the United Kingdom (23.5 %), Denmark (10.8 %), Germany (10.7 %),Latvia (9.7 %) and Ireland (8.8 %).The increase of cargo in Klaipėda State Seaport was reached due to the growth in handling of natural and chemical fertilizers and intermodal cargo, i.e. Ro – Ro container units.

A new agency has been launched with a mandate to boost the level of innovation in Lithuania and bring it in line with the European Union average.MITA, Mokslo, inovacijų ir technologijų agentūra, or the Science, Innovation and Technology Agency, is the brainchild of the Ministries of Economy and Education and has been modeled on Nordic agencies such as Sweden`s Vinnova and Findland`s Tekes.A new strategy put forward by the Government calls for Lithuania to reach the EU innovation benchmark by 2020. « If you want to implement a strategy, you need an instrument, » Deputy Economy Minister Mindaugas Petrauskas said.  MITA will have about EUR 75 million in EU Structural Funds at its disposal during its first year of operation.

On October 30, the French-capital company “Eurovia Lietuva” opened a new asphalt plant near the capital city Vilnius. The company invested EUR 3.5 million into the new factory which is located near the old manufacturing facility to be closed soon.
According to company’s officials, the new plant will produce twice as much as the old one. The old factory produces 160 t per hour, whereas the new one will produce 320 t.
The new “Eurovia Lietuva” plant will significantly increase the production capacity, as well as will perform the eco-friendly manufacture of a higher-quality production.

“Banking Market in the Baltics 2009-2011, CEE Banking Brief” report recently presented by Intelace Research states that, despite the current economic recession, Estonia, Latvia and Lithuania are still among the most advanced banking markets in Central and Eastern Europe (CEE).The report says that Baltic banking markets have been flourishing up to 2007 when the upward trend of the economy halted and the explosive expansion of lending and deposits reversed. However, despite the painful correction, the well developed banking infrastructure including: dense branch, ATM and POS networks, as well as common use of remote banking channels place Estonia, Latvia and Lithuania still among the most advanced banking markets in Central and Eastern Europe. This can be also confirmed by common banking penetration benchmarks, which despite the recent correction still exceed the CEE average.In contrary to the rest of CEE, Baltic banking markets have been historically highly concentrated. Top 5 international groups present in all 3 countries control more than 77% of combined banking assets. On the other side, lack of major administrative entry barriers and current weakness of major players, makes Baltic markets still an interesting opportunity for new entrants, enabling both M&A or « greenfield » approach.According to Intelace analysts, the recent economic tensions forced governments in Baltic countries to apply radical public spending cuts which contributed to accelerating growth in unemployment and resulted in a true collapse of private consumption. All those factors will obviously drag down the rate of growth in all Baltic countries in the near future. Nevertheless Baltic economies are relatively flexible, viable and of relatively small size, so after the temporary correction, they are likely to resume growth quicker than other larger countries. Intelace Research assumes that both GDP and banking volumes in Baltic countries will keep falling through mid-2010, when the trend is likely to reverse.“Banking Market in the Baltics 2009-2011, CEE Banking Brief” analysis covers a wide range of perspectives including: market size, competitive structure, market shares and comparative analysis – benchmarking. The study has been upgraded with most recent forecasts of banking assets evolution through 2011, separately for each of the 3 Baltic countries in question. Intelace Research is an independent and privately owned company specializing in value added research services and it is primarily focused on banking, insurance and asset management sectors. 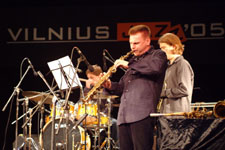 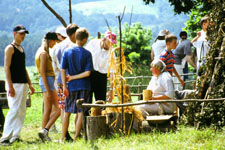 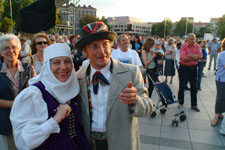 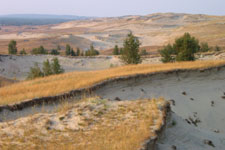 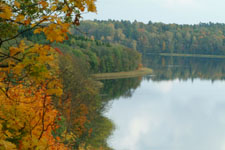 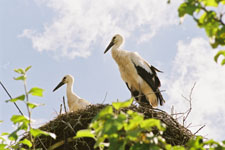 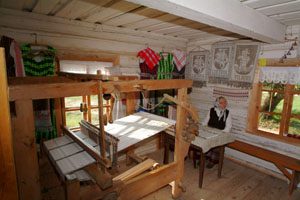 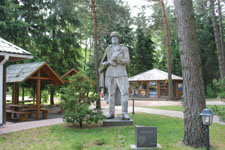 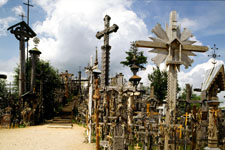 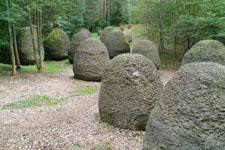 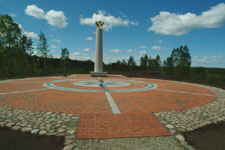 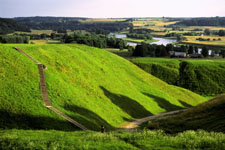